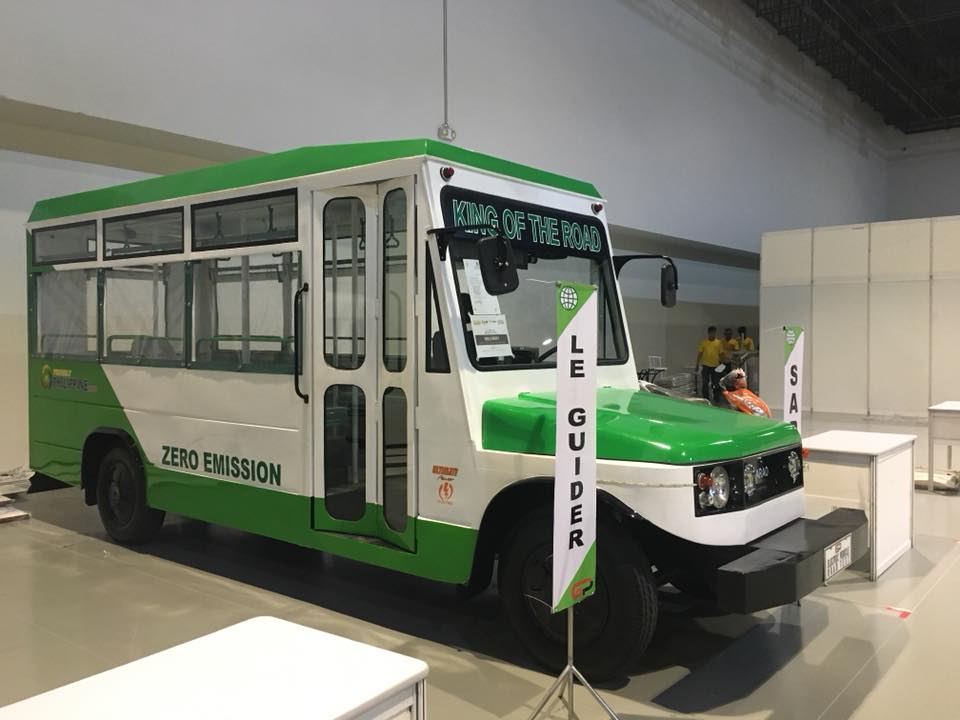 THE pioneer jeepney maker in the country, Sarao Motors recently signed a joint agreement with Le’ Guider International, a electric vehicle technology supplier and maker to produce an e-jeepney using the traditional shape of the iconic Philippine transporter, Top Gear editor Aris Ilagan recently reported in an article that appeared in TopGear.com

The vehicle builder, which started building the jeepney after the Second World War, had previously tested electric powertrains from QEV Philippines. A prototype was already built and tested. QEV PH is the Philippine unit of Singapore-based electromobility holding firm QEV Capital Pte. Ltd. which in turn is joint-venture between Philippine and Spanish businessmen Endika Aboitiz and Enrique Bañuelos.

The prototype Le’ Guider-Sarao e-jeepney will be powered by a 15kW permanent magnetic motor matched to a regular 5-speed manual transmission. The already built up powertrain and  system will then be sent to the Sarao assembly plant in Las Piñas for the bodywork.

According to the Top Gear report, for almost two years, the two have been engaged in exploratory talks for the possible joint manufacturing of e-jeepneys . After inking the deal last January 22, the new e-jeepney is expected to be unveiled in three weeks.

The Sarao e-jeepney will be completely assembled here with Filipino labor, craftsmanship and design. It will also have a range of 120 kilometers with a charging time of about 2 hours running on a lithium ion battery that can last for at least 10 years.

Once in full production, a revival of the seven-hectare Sarao facility in Las Piñas is expected and the full output of 50,000 units a month is attainable. The joint agreement has a six-year contract with an option for automatic renewal, depending on the mutual arrangement of both parties.